The Ultimate Guide To Destiny 2 Forsaken With E3 2018 now well and truly over it’s time to roundup everything we know about Destiny 2 Forsaken that was revealed through various discussions at the event. At this point we still have no idea what the end product will look, feel, and play like, but if Bungie continue to fulfil promises they way they have been then there’s a good chance it’ll be a brand new age for Destiny 2. 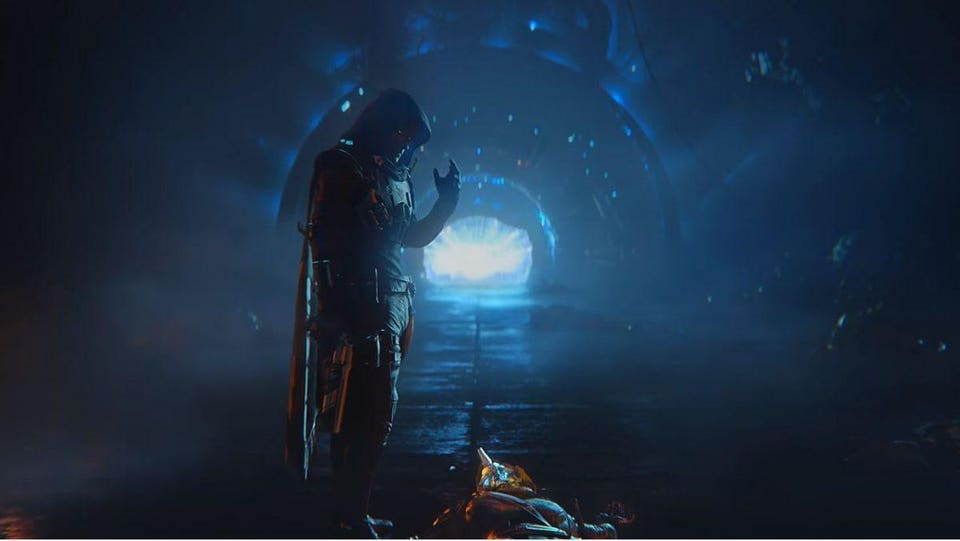 This isn’t a big news drop because it was right there in the trailer, but what is new is that Bungie have confirmed that dead means gone. Cayde-6 is no more and there’s going to be no fudging the story with space magic or rebooting or anything like that. There’s a very interesting fan theory that sees Cayde-6’s body up and running with a bit of Rasputin the Warmind in it, but we’ll cover that later.

This campaign is going to drop us in a brand new area with lots of missions to do, and it’s down to us to figure out where we want to go first. There’s no right way or wrong way, of course there are missions that have higher Power Level recommendations but that’s par for the course with Destiny 2.

With the 8 Barons to hunt down before you can find Prince Uldren, you’ve got a long way to go before you reach your final goal. Here Bungie is aiming to help Guardians find their own way and discuss which ways they’ve found it best or easiest, or just which bosses they prefer so they can share stories. I personally love the sound of this because it rips up a big problem that new expansions always have, a short campaign. Now the campaign is as long and hard as you make it, so you shouldn’t need to complain about it when Forsaken launches.

Bungie has stressed this a lot lately but the endgame of Destiny 2 Frosaken is gong to be incredible. The developers got together and thought seriously about what would make players think about the game all day, come home to play, and feel rewarded for their efforts. The answers are Gambit, the Dreaming City, and collections.

The Dreaming City is the new endgame area that’s filled with bosses and puzzles. But there are also slowly evolving secrets that we’re assured are going to take weeks to solve. This sounds like what the puzzlers in Destiny 2 have been asking for.

The triumphs and collections are my favourite bit of Destiny 2. I love having a collection of everything, but there’s not many ways to track that right now. There will be books and records in Forsaken that show you what you have, what you need, and how to go and get it.

Gambit is obviously a brilliant new multiplayer mode, but it’s got the potential for endgame loot as rewards. If you grind this enough then you’ll get the best weapons and armour, or at least versions of them. As someone who plays a lot of Crucible I’m glad to see that there will be a way to get endgame gear from PVP.

Bungie are talking a lot about their new endgame destination but there is still very little to go on right now. What they have said is that this is not only the raid, but it’s the world that houses the raid. That means that it’s a social and explorable space on top of being and endgame activity.

The puzzles here are ever-evolving, which to me says that Bungie is going to be releasing clues and unlocking doors as time goes on. The Raid is constantly changing and offering players something new, so it’s going to be a long time before a weekly reset when Guardians can post on the Subreddit and tell you exactly what the current raid has in it and what the likely rewards are.

This is exciting, and constantly new, and it’s what games are all gearing towards now. If you needed evidence of a new Bungie, then this area is it. Just to emphasise the point, this is an endgame activity area for both fireteams who raid all the time, and solo players who never do

The Weekly Grind Is Changing 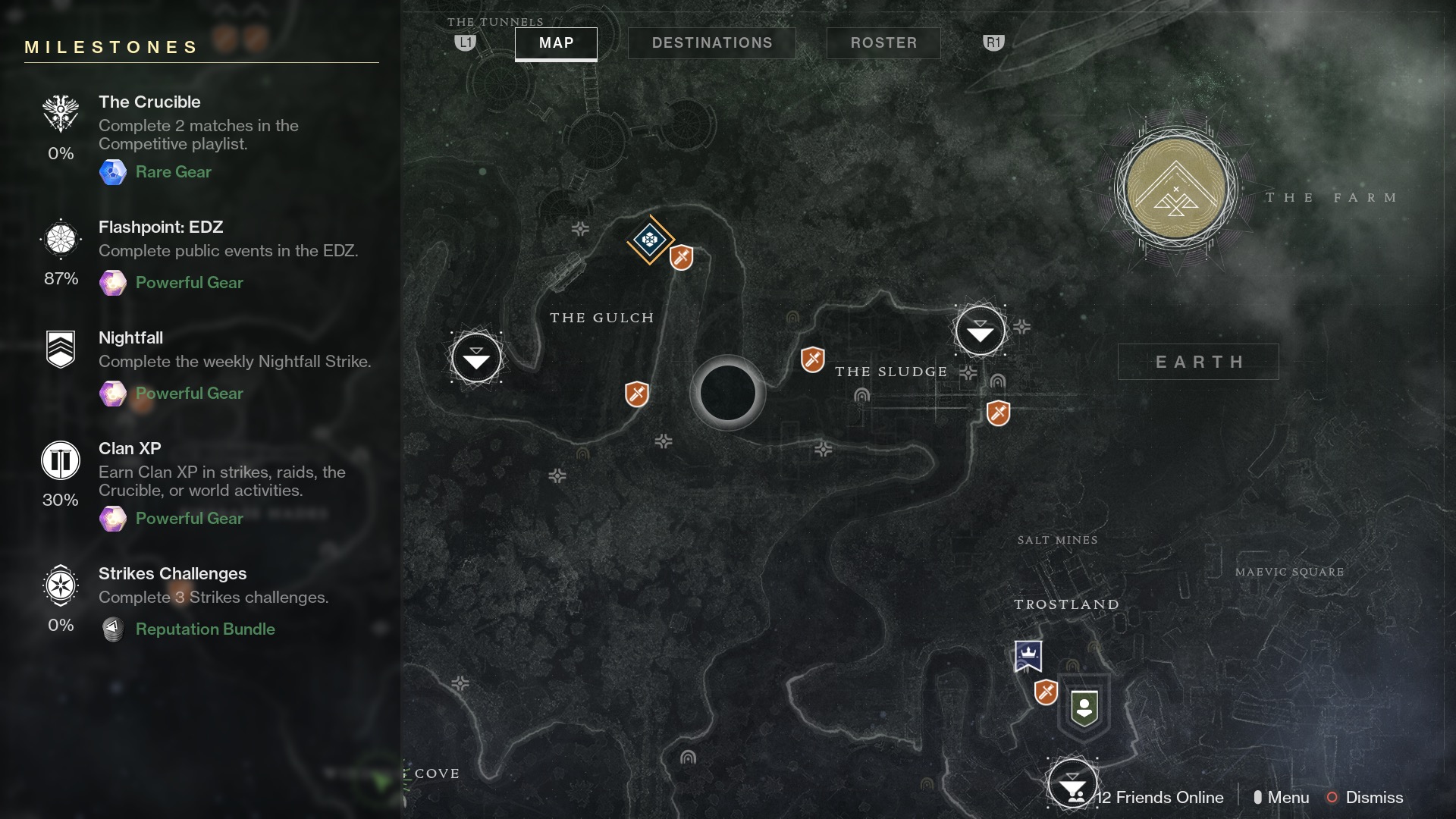 Bungie have told press that the daily and weekly milestones are working for some players, in that they give you high Power Level loot for not much at all once a week, but there’s nothing for those who want more.

The milestones are changing, focussing on making Strikes more relevant and different. Story missions are also going to become more relevant with a Heroic one happening every now and then that offers more challenge, better loot, and if Destiny 1 is anything to go by then some secrets to unlock too. 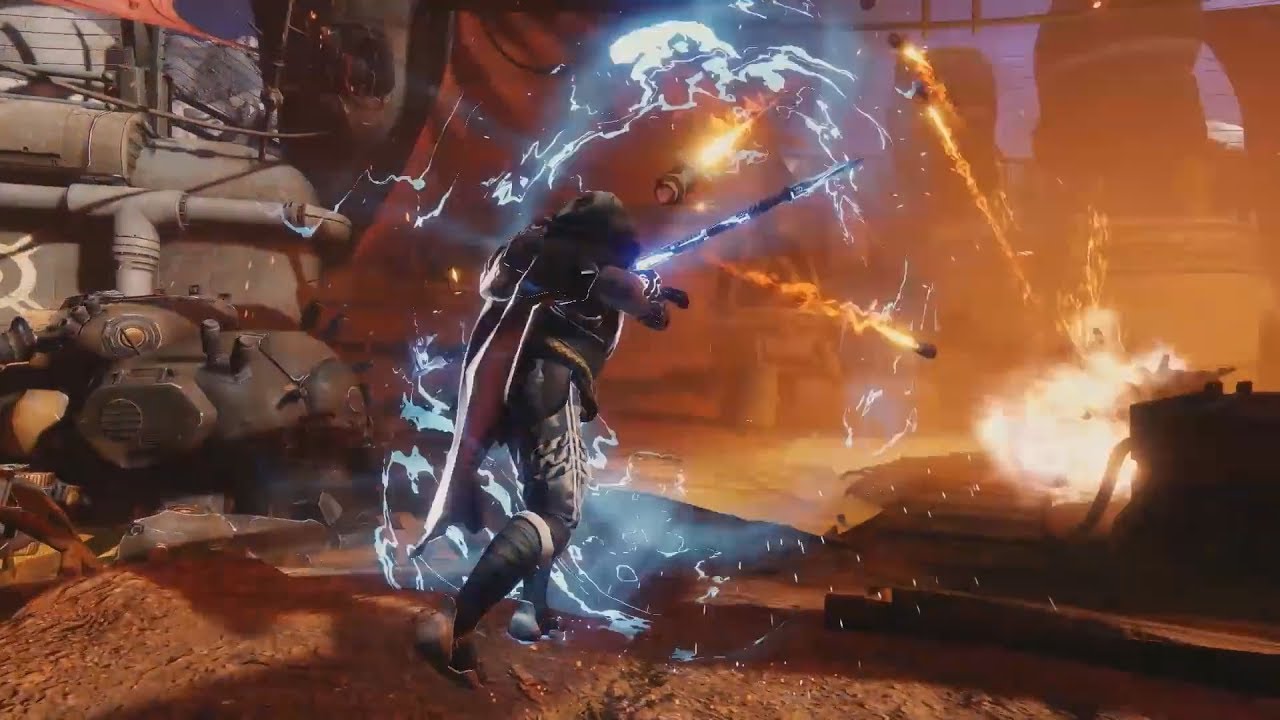 We’ve all seen that new Supers are coming but what exactly are they? Well we don’t know much more but we do know that they’re a new Super for each Sublcass tree, meaning three per Class.

The new Supers offer an interesting combination of new and old abilities, allowing for some different types of interchangeable play between your favourite abilities and the new experimental ones that are set to rewrite both the battlefield, and the Crucible.

For example, the new Titan Solar Super can be used to both health and protect, and harm. The new Crucible mode Gambit allows for the use of this Super in multiple ways, depending on the need of the team. If you’re invading you can use it to protect a summoned primeval, but you could also use it on your side to shield your team from a barrage from the enemy, or the other team.

Weapons are being overhauled and they’re getting messing. In Destiny 1 you could combine the three types of weapon for an optimal load out, but in Destiny 2 Bungie is giving you total control. When they said three shotguns is a possibility they meant it, but there will be restrictions. The new ammo economy, which they’re keeping close to their chests, will change the way you think about your weapons. If. You want to run with a particular weapon in a certain slot then you might need to find an alternative for another slot. It remains to be seen exactly how this will work, but it sounds exciting.

It’s going to be far more expensive to upgrade weapon Power Levels now, particularly if they’re year one weapons. The key here is to force players to choose what they really want, but there will always be those of us who want to have one of this year’s brilliant weapons on us at all times. The major question is which ones are getting left behind first? No doubt it’s these that will define year 2of Destiny 2, not the new ones.

Bungie will be working from day one to make sure that the Crucible isn’t ruined by new weapons. In fact they’re making changes to the weapon systems to help the Crucible become a fairer playing field and help it stay fair regardless of paid-for content. This is going to be tough considering the Exotics in paid content will certainly make a difference, but there simply needs to be enough of a balance with some other weapons to ensure that those without new content can still stay relevant and compete.

Watch Out For VOID Hunters

The Voidstalker is getting a buff that lets them hurt you through walls, and that’s a much needed addition to a sorely underpowered subclass. In Destiny 1 this was a beast of a Subclass that could destroy a team, but it’s currently under-utilised due to poor power. Bungie is making this change to help Hunters and those of us who run them as main feel relevant and valued, and powerful most important of all.

So far this is everything we’re aware of that’s coming in Destiny 2 Forsaken, but there’s obviously so much more. What comes across in every interview is how excited and invested every developer is in this game, they want to make it the best it possibly can be. Destiny  has already redefined who’s other developers and publishers behave, with Ubisoft taking note and now becoming the most popular publisher in the world with the huge level of support it provides across all games. Bungie is forever working to balance Destiny and make it better for us, I think it’s time we had a little faith and looked forward to the future with this expansion. Let us know your thoughts in the comments.