The Destiny community is responsible for a lot of things, salt key among them! But this isn’t about the madness that can sometimes spew from the Destiny Subreddit or Bungie forums, this is all about the fantastic art that’s been made recently by fans, for fans. Some of the time this can take the form of actual artwork but there are also 3D printed weapons that look simply amazing. Here’s just a few examples that we’ve seen on the community over the last few weeks. This brilliant Titan sketch is from Reddit user Phenriel. I think they’ve done a really great job of capturing what it is to be a Sentinel in Destiny 2, the responsibility that players feel when they adopt this Subclass and need to defend their fireteam at all costs. That shield is a symbol that represents so many things in Destiny 2, and it’s nice to see it as such a highlight in this artwork. This sketch is also from Phenriel over on the Destiny Subreddit. What we’re looking at here is a cross between the Dawnblade and Voidwalker, at least I think that’s what it is. Obviously this Warlock is wielding a sword and using Void energy, but that Subclass isn’t a thing yet in Destiny 2 so I guess we can count this as a desired feature. What is does highlight is the fact that there’s no chopping and changing of abilities and perks within those abilities, or even the Subclasses themselves. Can you imagine how varied the game would be if we were able to change around things like this? The Crucible would be a living nightmare of complete death and destruction. 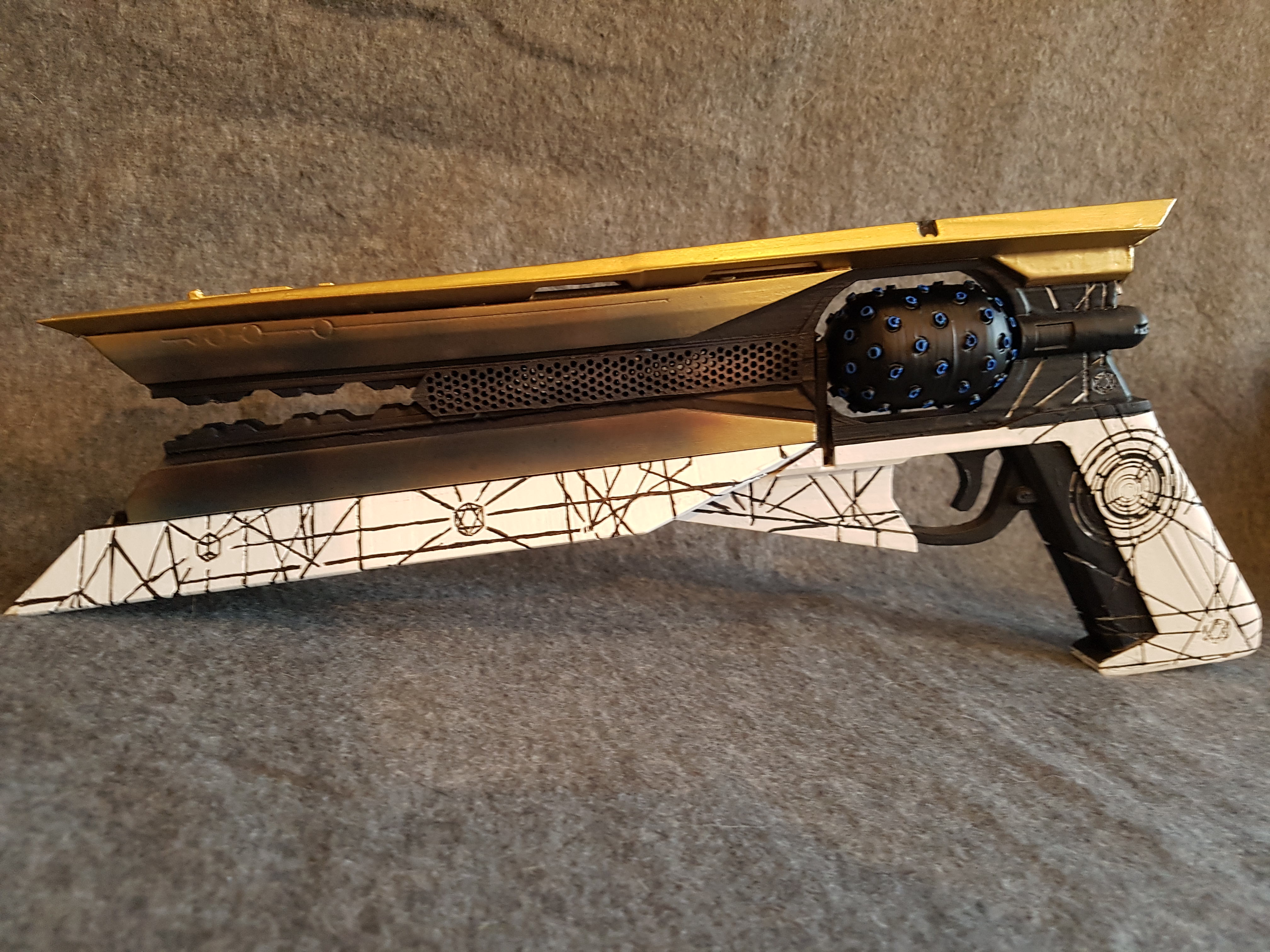 This is from Reddit user Fargle2nd. If you’re confused about what this is I’m going to say that you’ve not played much Destiny. This is a Sunshot. More precisely this is a Sunshot that was 3D printed to some pretty perfect detail. I think what I love most about it is the magazine, that circular piece in the middle. Sunshot is one of the most iconic weapons in Destiny 2 because of the way it looks, and the way it literally melts enemies to the ground. Let us know what you think of this fan art in the comments.