Choosing Your Starting Class In Destiny 2 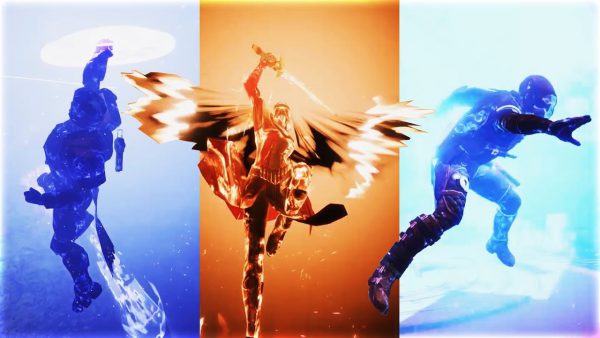 Now Christmas Day is said and done you’ve probably opened most, if not all, of your present by now. If you were lucky enough to get a copy of Destiny 2 you may well be shocked by the choices that you’re presented with once the game is installed and running. Don’t worry! We’re here to make the first, and arguably one of the most important, choice in the game that little bit easier to understand. What Class should you make your first Guardian?

There are three main Classes in Destiny 2, each with three Subclasses, the first of which is brand new for each Class in Destiny 2. Which of these you choose will significantly affect the majority of your play time with the game, since it’s easier to stick with that first character in order to get through the game and end game content than do it with all three. Here’s a brief rundown of each Class to help you choose.

Titan’s are a good starter Class for anyone who isn’t sure what their play style is like in first person shooters. You begin as a defence focused Sentinel but soon unlock the other Subclasses, one of which, the Sunbreaker, is particularly offensive and powerful. This Class is great for a number of things, including hovering in mid-air while you destroy everything in sight. There’s also nothing quite like throwing a purple shield into a group of enemies and seeing it bounce off each one, killing everything before it flies back to your hands in true Captain America style.

If you usually play as a mage and aren’t looking to change that in Destiny 2 then you’re in luck, because Warlocks are the space magicians of the Destiny universe. You’ll start as the offensive Dawnbreaker but soon unlock the Void and Arc Subclasses, the Stormcaller makes you look like Emperor Palpatine.

Warlocks have incredibly powerful Super attacks and their abilities are concentrated around keeping you alive whilst occasionally supporting your allies. Osiris, from the latest DLC in Destiny 2, was a Warlock and sports some of the best armour in the game. Even though I’m a Hunter main I have to say that the Warlock Exotics are the best looking Exotics in the game, and that alone is enough to have at least one Warlock character.

Hunters are a good middle-ground for new players. You’ll start out with the Arcstrider, an electrical martial arts Subclass, but get the Void and Solar Subclasses soon after that. Hunters are more about getting stuck into the enemy and ripping them apart. If you find yourself running into every fight with no regard for your own safety then this is the Class for you.

I’m a Hunter main and I’ve not felt like I’m missing out on anything apart from those awesome-looking Warlock Exotic Armours. Hunters, while mostly one-man armies, are also imperative to Fireteams because of their high DPS and the ability to pin enemies with the Voidwalker Subclass, extremely handy for bosses.

Whatever Class you choose for your first outing in Destiny 2 be sure to visit the Subreddit to join in with the community and get helpful tips on every activity in the game. Let us know what Class you choose in the comments.