Bungie have finally released Season of the Lost’s long-awaited roadmap, but there’s just one problem. It’s not so much a roadmap as it is a list of everything we already knew was coming. Oh, and it’s not actually got any specific dates either.

As you can see below, the roadmap lists what’s going to be happening each month – rather than specific dates as is the usual. All of the information found on this roadmap is already known to us – only the dates were being held back, which is what players wanted to see. Unfortunately, it would seem they didn’t get their wish this time. 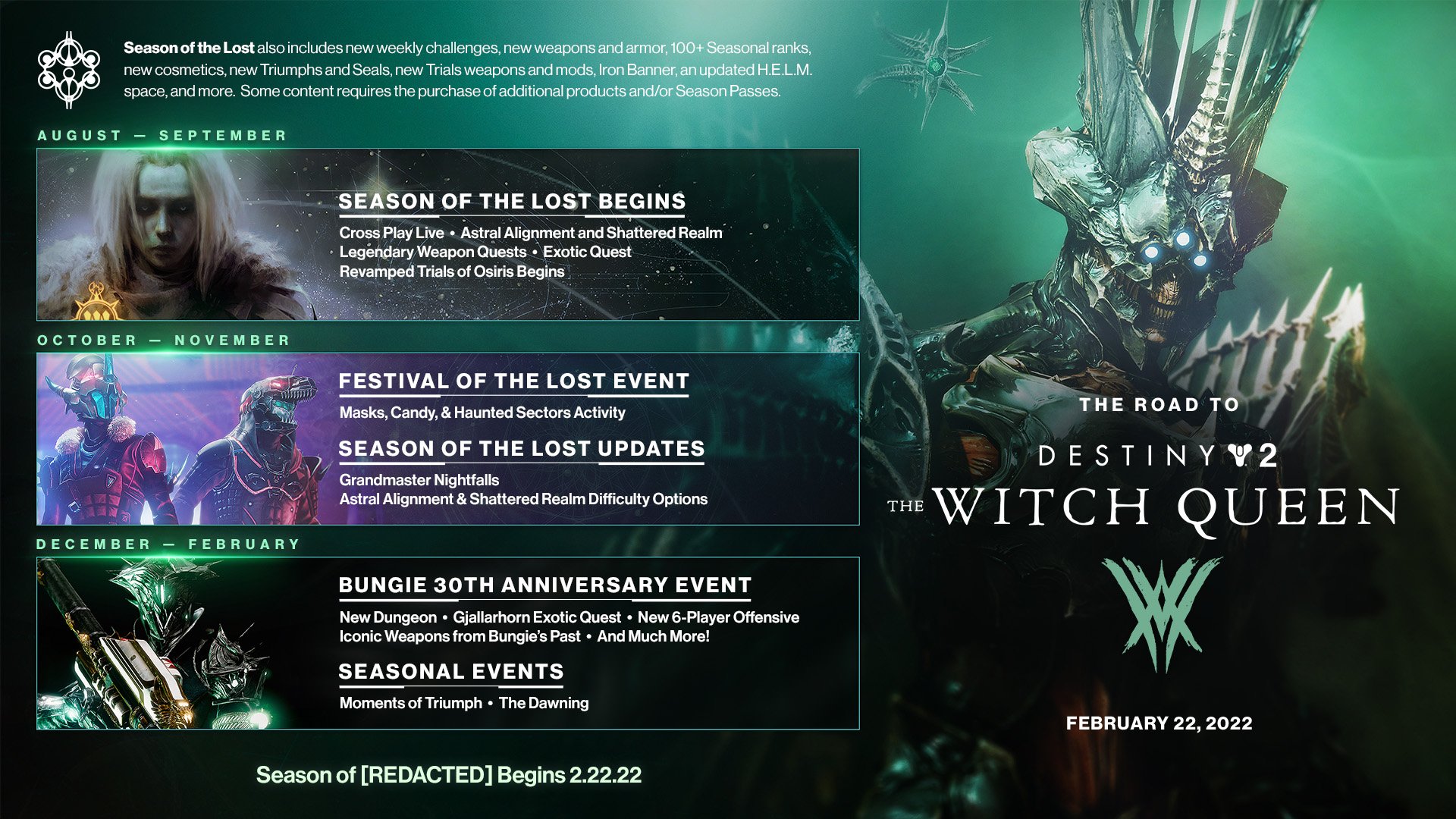 Truthfully, the only thing we didn’t know was when Moments of Triumph would be returning – but it was likely going to be in the last few months leading up to the Witch Queen. But the rest of this information, from Festival of the Lost to the 30th Anniversary Event? All of it was well known.

I honestly don’t see why Bungie wouldn’t commit to specific dates, at the very least dates for content coming sooner, such as Festival of the Lost. It boggles the mind, but hopefully we’ll get more comprehensive dates soon.

What do you think of this roadmap? Is it good, or lacklustre? Let us know in the comments.

So, Is Anything Getting Vaulted With Witch Queen?
Here’s A Simple Cheese To Help You Out In The Hollowed Lair