Everything You Need To Know About Glaives

The Glaive is the latest Weapon Archetype to come to Destiny 2, arriving with The Witch Queen on February 22nd, 2022. It’s a Special Ammo using melee weapon that you wield in first person, a first for the series since it introduced Swords in the Taken King expansion.

Likewise, the Glaive will be crafted, not found, as a part of the Weapon Crafting system that the Witch Queen will also introduce. Glaives have three modes: Shielding, Shooting and Stabbing.

The Glaive is differentiated by this flexibility, let alone its camera perspective. In an interview with Polygon, Joe Blackburn stated: “We’ve had melee before, but this is also in the energy and special, like, this is a green ammo weapon,” Blackburn said, contrasting the Heavy ammo players need to deal damage with swords. 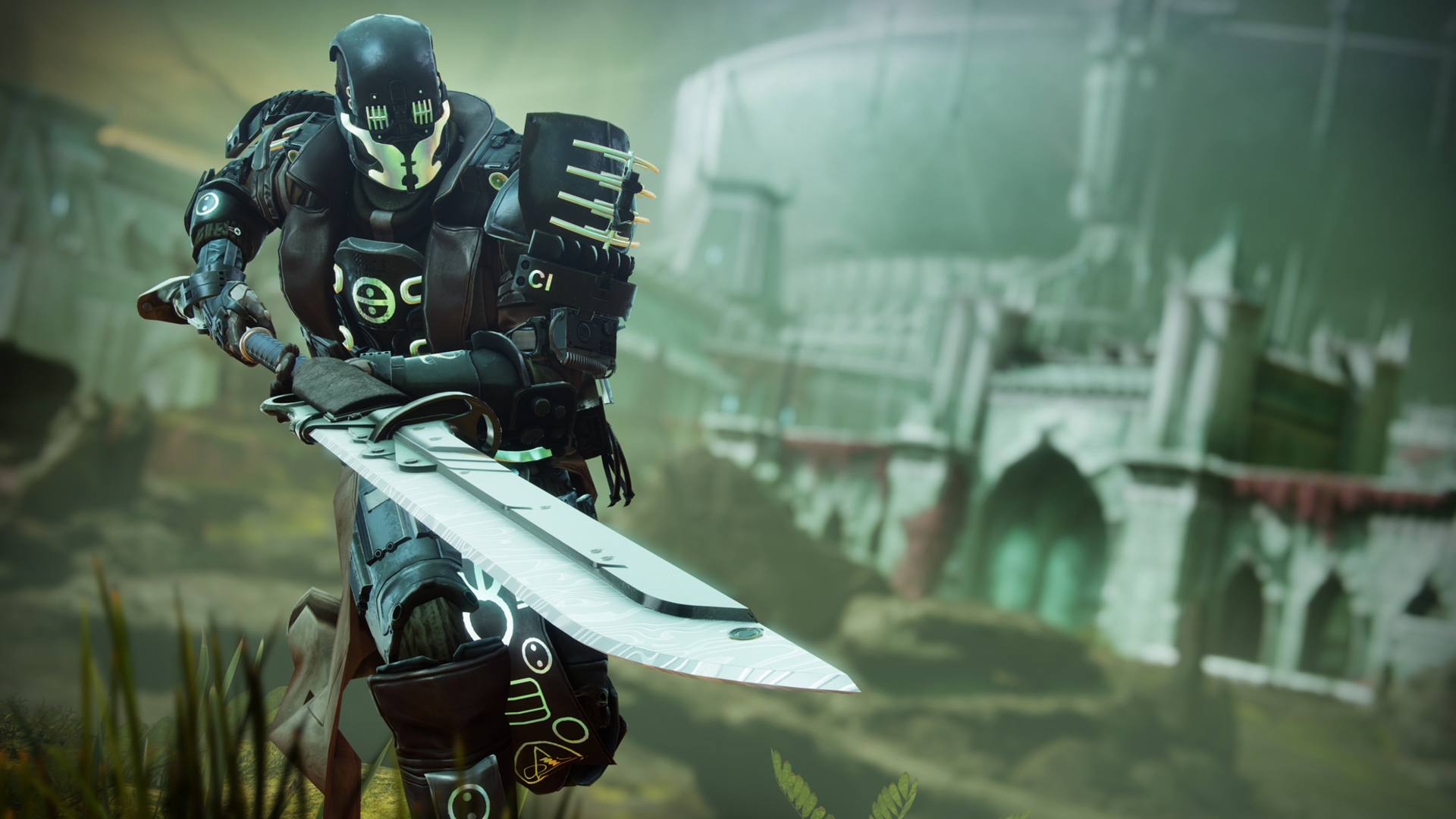 Blackburn didn’t go into a detailed description of how the Glaive works, but that quote gives us some interesting clues. First, players will need to reload their Glaive for both shielding and shooting, meaning that it is limited to its most basic utility if you run out. However, this does mean that Glaives will have a wider influence on your loadout, as ammo is only required for one aspect of the weapon, with melee-focused players seemingly not needing ammo at all. This may be good news for players who enjoy running two Special Weapons, but we’ll have to see.

Likewise, Exotic variants of the Glaive were confirmed by Polygon, so there’s more to this already versatile new archetype than previously seen.

As for why players would use a Flaive over other weapons, especially in difficult content, Blackburn spoke about its main benefit: encroachment. “We look at this as a weapon that really allows you to encroach on encampments,” Blackburn said. “You can imagine something like, ‘Oh my god, a Hive Guardian just died, its Ghost is back there. There’s a Shrieker in the back, I don’t have time to kill the Shrieker.’ So you pop the [Glaive] shield on and walk up to the Ghost and smash the Ghost.”

As a ranged weapon, the glaive lives in the short to medium range category, and the developers used the phrase “fusion rifle-y” to describe it, rather than the more close-range shotgun. Between its melee prowess, its ranged blast, and its shield, the glaive is about being the Swiss army knife of long, pointy sticks. It offers the ability to melee enemies quickly while you’re low on ammo, blast powerful foes to bits from range, and use the shield to protect yourself while resurrecting a friend in some of the game’s hardest content. 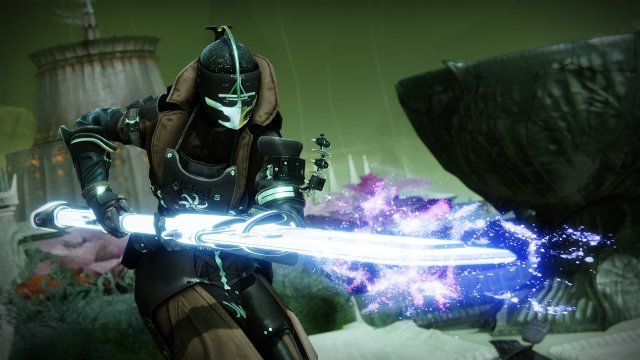 As far as the Crucible, Blackburn assured Polygon that “the team has made some really smart calls on PvP.” Bungie doesn’t want players to have immediate access to the shield, allowing them to fend off attacks immediately when they spawn with Special ammo. The duo didn’t go into detail on how the team is solving that problem, just that it’s something they’ve all thought about and have a solution for. It will likely be similar to how Swords’ Guard works, charging up over time.

Outside of the Glaive’s usefulness and how players will put it together, Blackburn seemed most excited about how it looks on players’ backs. “You see people walking around the Tower and they look like they’re coming out of a Knight’s Tale or something because they’ve got this massive thing sticking off their back,” Blackburn said. With Bows, Swords and now Glaives in the game, each occupying a certain ammo type and slot, it seems that medieval fans are in for a gameplay treat.

Are you excited for the Glaive? Let us know in the comments.