With the Witch Queen on the horizon, I thought it best to refresh Guardians’ memory a little. Today, and over the course of several other articles, we’ll be going over everything we know about Savathun, from her origins as Sathona of Fundament to the Witch Queen we know today. We’ve already released Part 1, Part 2, Part 3, Part 4, and Part 5. Today, however, we’ll be completing the story with Part 6: Hive In Disguise.

I will also warn you now: Story spoilers for Season of the Lost are included throughout the entirety of this article. You have been warned.

A day after the closing ceremony of the second Guardian Games, the Last City was plunged into an Endless Night when the Vex activated a powerful simulation that encompassed the city and drained its power. Conferring with Ikora, Osiris admitted that even with all his knowledge of the Vex the situation was beyond his ability to halt. He recommended that they try and contact Mithrax, the Eliksni Kell of the House of Light, who was said to be a powerful Splicer who could commune with machines. 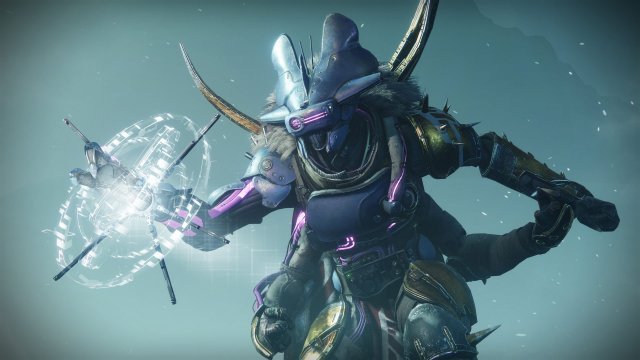 The House of Light would then be invited into the Last City for their aid in stopping the Endless Night. As they set up shop within the Botza District, Osiris, along with Lakshmi-2 and the Guardian were present to welcome them. While Lakshmi made her suspicions clear, informing Mithrax for his people to keep to themselves and that not everyone would be so open-minded, Osiris was more welcoming and asked if there was any further aid they needed, to which Mithrax noted that there were some modifications needed to be made for better ether production.

Lakshmi suggested that should be cleared by Ikora, and noted additionally that she seemed ready to provide the eliksni with anything. The Exo further added that she would be busy advocating for the people of the City in the dark times the FWC had predicted were approaching. As Lakshmi transmatted away, Osiris apologized for her behavior and noted tensions in the City were high and that the establishment of the House Light camp was a mixture of decree and democracy. The former Warlock hoped there stay would be uneventful, a sentiment that Mithrax agreed with.

Along with the Guardian, Mithrax and Ikora Rey deducted it was the Vex who trapped the city in a simulation, but it took weeks for the Splicer to find out which Axis Mind was directly responsible. The simulation growing by the week, it rendered the people restless and often made them to lash out against the Eliksni refugees who had fled to the City under Ikora’s protection.

The unrest only grew when Mithrax found out it was Savathûn who had been behind it the whole time, using the Taken Vex Mind Quria as the catalyst. Lakshmi-2 later disclosed this information to the public. He believed the only way to end the Endless Night would be destroying Quria, but the Vex’s active interference prevented him from finding it. Entering the Vex Network, Guardians discovered it was corrupted and full of both Vex and Taken, and a strange message would appear on their HUD as they tracked another Mind through its domain. 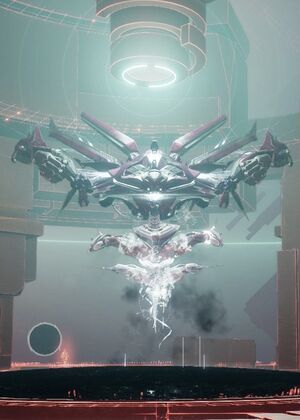 Savathûn, still hidden within Osiris, was observing all this very closely, strolling the City in disguise. She fed on the people’s ignorance and naiveté, but would catch herself seeking their companionship – much to her own disquiet. Watching the endless night unravel, she was still tormented by her Worm, hungry even amidst such ample deception to feed on.

The Guardians were successful in lifting the Endless Night over the Last City after destroying Quria, which rattled Savathûn’s control over the Taken, but the unrest with the House of Light’s presence in the Last City came to a head when Lakshmi conspired with the other factions to expel the Eliksni.

The War Cult’s leader attempted to sway the Guardians to her point of view but was rebuffed, leading her to make an attempt on using Vex portal to force the Eliksni out of the Last City, apparently aided by Osiris himself. Unfortunately for Lakshmi-2, she had no control over the Vex portal as she believed, leading the Vex to make a direct assault on the Last City, threaten the House of Light and to her own death.

Fortunately, the Guardians managed to close the portal, save the Eliksni and destroyed the Vex. Strangely, Osiris disappeared during the chaos, leading many in the Tower to suspect he may have been involved in some capacity.

Tracking Osiris to the Reef, The Guardian, along with Saint-14 and Crow entered the Dreaming City and found “Osiris” speaking with Mara Sov herself. The three lightbearers attempted to convince “Osiris” to return but instead the formerly exiled warlock backed away and revealed that the Osiris they knew was actually Savathûn herself, to their utter horror.

Mara Sov comes between them and encases the Witch Queen in a large crystal. Saint-14 demands answers and Savathûn reveals that she took Osiris’ form to hide herself from her sister, Xivu Arath, who now hunts her on another’s behalf. To further save herself, Savathûn agreed to a bargain with Mara Sov. 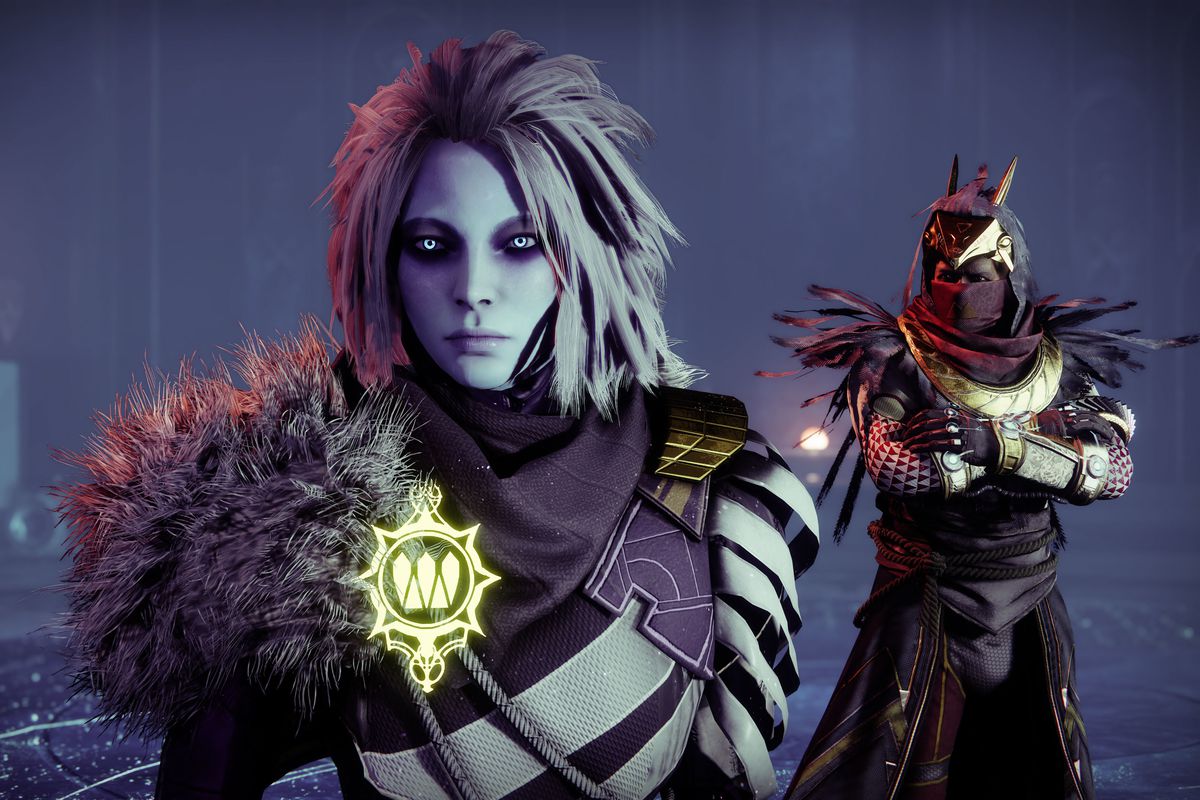 In exchange for excising the worm inside her, Savathûn would release Osiris. Wary of the infamous Queen of Lies yet desperate to save their friend, the Guardians agree to help Mara Sov with her bargain, as the Awoken Queen wishes to save her people lost in the Ascendant Plane.

Needing her Techeun Coven to help her excise Savathûn’s worm and prevent Xivu Arath from fully corrupting reality through the dimensional Ley Lines, Mara Sov fully allies the Awoken with the Guardians of the Last City, having the Guardians traverse the Ascendant Realm and liberate the Techeuns.

Further, she states that for quite some time, she has been “helping” the Guardian during her time before posing as Osiris, “protecting” them from the Black Fleet, from guiding Crow to the Last City to be redeemed, preventing Zavala in making war with Empress Caiatl, bringing the House of Light to the Last City to even exposing Lakshmi’s conspiracy. She even states that she saved Osiris from Xivu Arath when he became Lightless.

From there Savathûn states that while they may not agree with her methods, she states that she is no villain, that the Guardian is no hero but that they are both “paracausal”. 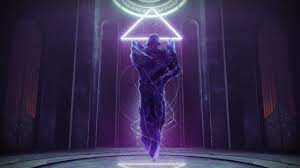 Though shaken by this truth, the Guardians continue with the plan to find the Techeuns for Mara Sov, who believes that once the worm is removed from Savathûn, she will have no more lies to hide behind and will be vulnerable without a Throne World to retreat to, allowing Mara Sov to strike her down. Even so, the Guardians, Ikora Rey in particular are incredibly suspicious, more so as Crow reveals that during her time posing as Osiris, she had Crow gather dead Ghosts from the Spider’s collection. For what purpose, none could say at the time.

That’s all for Savathun’s story, Guardians. Now you’re prepped to face the Witch Queen in February 2022. See you starside.

Savathun is Not the Final Enemy Guardians Will Face in Destiny 2’s Saga of Light and Dark
So, Is Anything Getting Vaulted With Witch Queen?