Savathun’s Story, Part 3: The Rise Of Rivals And Curses

With the Witch Queen on the horizon, I thought it best to refresh Guardians’ memory a little. Today, and over the course of several other articles, we’ll be going over everything we know about Savathun, from her origins as Sathona of Fundament to the Witch Queen we know today. We’ve already released Part 1 and Part 2, and today we’ll be continuing with Part 3: The Rise Of Rivals And Curses.

As Savathûn neared gaining complete control over the Taken, within the Reef, the Witch-Queen gained a new and powerful ally in the form of Riven, the last known Ahamkara in the Solar System; Taken by Oryx during the onset of the Taken War and the first invasion of the Dreaming City.

However, unlike most Taken, Riven retained her sense of self and free-will. With Oryx’s passing and the Taken leaderless, Savathûn made contact with the Taken within the City and Riven, giving the Ahamkara a new purpose to serve the Witch-Queen. Through Riven, the Taken were prepared to corrupt the whole of the Awoken and launch an invasion of the Reef, using proxies like Uldren Sov and his Fallen Scorn. 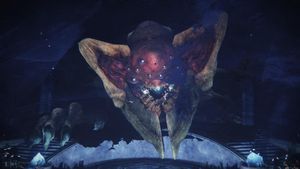 Though Riven succeeded in opening the gateway to the City, it left her vulnerable to the Guardians sent to kill her. The Guardians, aided by their Awoken allies and the formerly Taken Techeuns, managed to kill Riven and cleanse her Taken essence. Nonetheless, her death served a purpose as the Ahamkara transcended death and granted one last wish: cursing the Dreaming City with Taken energies and altering its rules of ascendancy.

Whether Savathûn was implied to have aligned with her sister or not, Xivu Arath has taken measures to assume control over the Taken and Hive within the Dreaming City. Entities sworn to the Hive’s God of War have appeared stealing Awoken relics of dangerous knowledge, with powerful Taken creatures supporting them. Though the Guardians put a stop to this scheme, it proves that the two scheming sisters have shared a seemingly mutual alliance to seize their brother’s Taken army for themselves.

To further her goals and maintain her advantage, Savathûn entrusted her daughter, Dûl Incaru, the Eternal Return to command the Taken Curse within the Dreaming City and find a way to invade the Distributary, the true origination of the Awoken, to reach new bounds of godly strength.

Despite having the backing of Xivu Arath’s Hive and the Taken at her command, Mara Sov called upon her Guardians allies to fight back against the Taken corruption. Battling their way to the center of Eleusinia, the former corrupted Throne World of the Awoken Queen, the Guardians fought with Dûl Incaru and killed the daughter of the Witch-Queen. 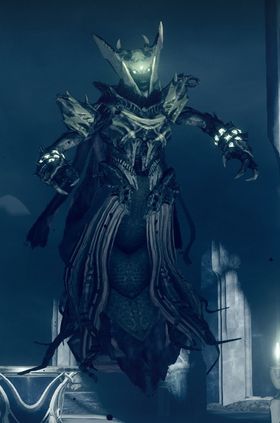 However, this seeming failure was all part of Savathûn’s greater plans for the Dreaming City. After Dûl Incaru’s death at the hands of the Guardians, the Dreaming City reverted to the state it had been in upon first being unsealed by the Guardian, progressing again through the same process of becoming corrupted by the Taken and culminating in another battle between Dûl Incaru and the Guardians.

This apparent time-loop, spun by the Taken Vex mind Quria and realized by Riven’s wish, both furthers Savathûn’s long-term goal of amassing tribute for herself through her subordinates committing violence within spaces with looped or dilated time, and also presents the Guardians with a dilemma: they can either repeatedly strike down Dûl Incaru and relive the same series of events, or they can refuse to do so and allow Dûl Incaru to complete her mission to find the Distributary.

Savathûn would later face a contender in her attempts to undermine the Guardians: the former Cabal Emperor Calus. During one of the Shadows’ conquests of the Hive’s war moons, Savathun laid a trap out for them to find the Crown of Sorrow, an ancient Ascendant Hive relic believed to imitate Oryx’s power to compel wills. 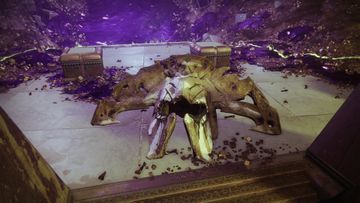 In reality, it was a surveillance device meant for the Witch-Queen to spy on Calus from the Ascendant Realm, in the hopes of putting him under her control when worn.

Instead, Calus had Gahlran, the Sorrow-Bearer wear the Crown in an attempt to command the Hive; only to trigger Savathûn’s enchantments that drove Gahlran insane and unleashed the Hive within the Leviathan’s Menagerie. Gahlran’s terror was only short-lived as Calus had him put down by a raid team of Guardians with the aid of Savathûn’s magic and the Crown retrieved to be cleansed of the witch’s wards. 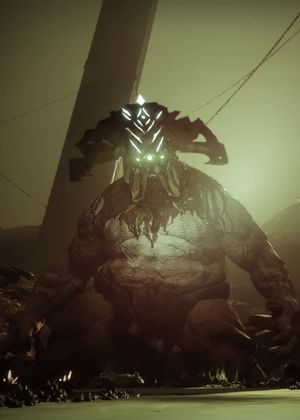 The Witch-Queen would go on to torment Calus by infiltrating the minds of his Loyalists, through the use of what Calus described as a “viral language”. She also left messages within the Chronicon, a document Calus commissioned as a record of his and his Loyalists’ past and future deeds.

That’s all for this entry, Guardians. Next time will see us dive into Savathun’s role in the story of Shadowkeep and its subsequent Seasons. Stay tuned.